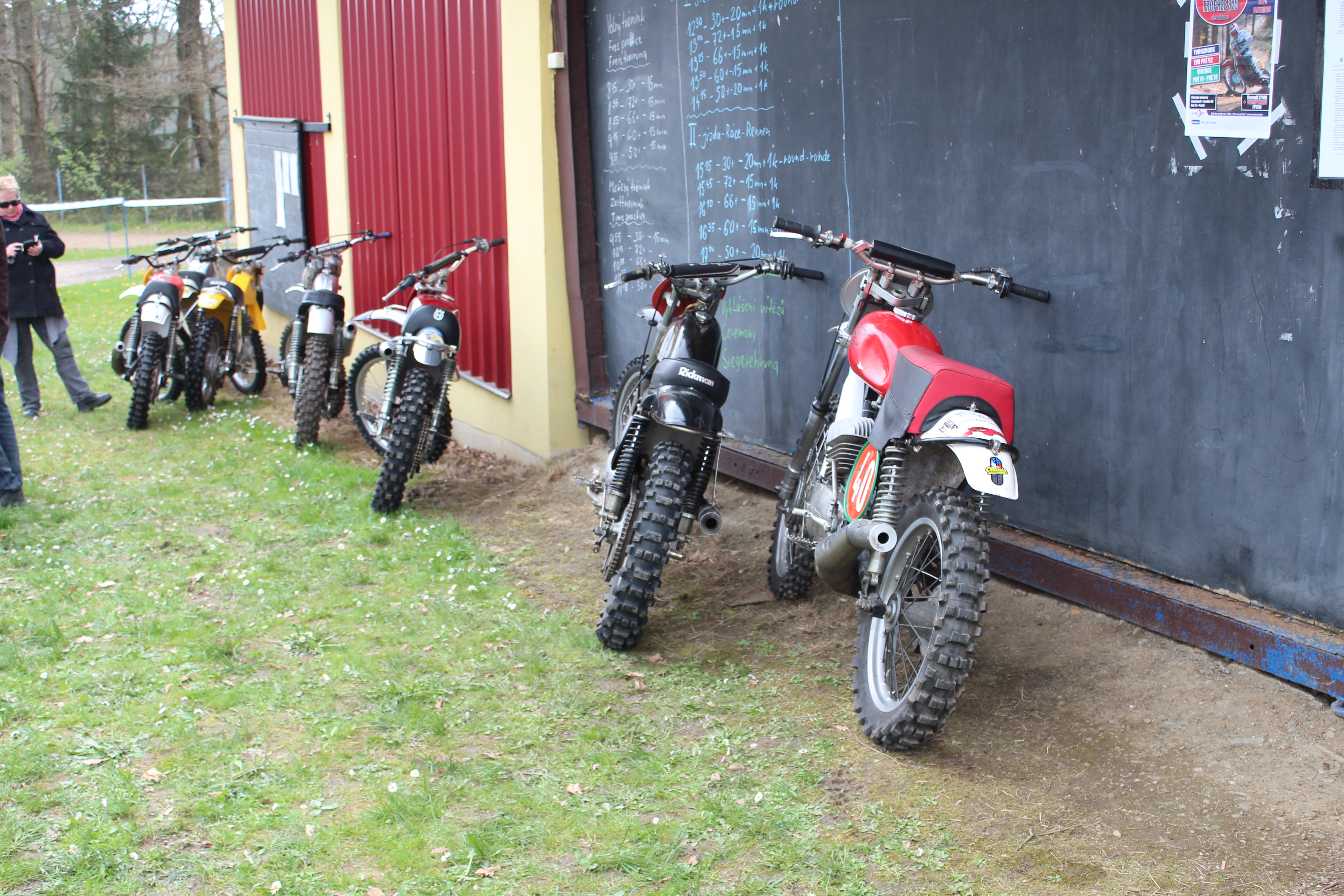 ECMO – CEC 1 – 2022 – STRIBRO – CZECH REPUBLIC After a dormant 2 years, the ECMO Classic European Championships (CEC) came back with a bang on Saturday 7th May at the opening round of the 2022 championship held by the AMK Stribro club in the Czech Republic. A strong field of 120 competitors lined up for the age-related races on the fast and flowing Stribro circuit.

In qualifying for the +30 class, it was local Czech hero Petr Kotrla who topped the standings just ahead of his country compatriot Ondrej Herink and Belgium rider Bjorn Verdoodt. It was another Czech rider who headed the field in the +50 class as Roman Majer on his CZ posted an amazingly fast 1.42.603 to take the top spot just ahead of Belgium rider Danny Seels and Czech riders Miroslav Knedlik.

The +60 class saw Czech rider Miroslav Nejedly post an extremely fast time of 1.43.487, over 6 seconds quicker than his nearest rival Czech competitor Pavel Janda, with Italian rider Enrico Bertone in 3rd. In the +66 it was an all-French affair with Claude Martineaud topping the standings just ahead of Roger Brelet with local Czech rider Vitezslav Branda in 3rd. In the +72 class, again it was the Czech dominating the qualifying with Miroslav Hanacek 1st, Karel Kozak 2nd and Danish rider Cai Larsen in 3rd.

In the opening +30 race of the day, it was Kotrla who took the holeshot just from fellow Czech rider David Riha, for the full 20 minutes plus 1 lap these two riders battled very closely with Kotrla eventually taking the opening race win. It was the same in the second moto of the day and once again Kotrla took the win ahead of Riha with Verdoodt finishing 3rd in both races.

In the opening +50 race it was Seels who got the holeshot just from English rider Wayne Partington, by lap 6 however Czech rider Petr Dokoupil had found a way past Partington and was up into 2nd chasing down Seels. On lap 8 Dokoupil slipped passed Seels and went on to take the opening race victory ahead of Seels and Majer. The second moto saw Partington blast to the front of the field from the start by lap 4 Dokoupil had found a way past Partington but just as he did, he had a problem with his rear wheel and was forced to retire from the race. As they went into the final lap there was a great battle between Czech rider Majer and Belgium rider Seels but a mechanical failure for Seels just a few corners from home handed the victory to Majer with Partington in 2nd and Radek Dlouhy in 3rd.

In both +60 motos the racing was dominated by Nejedly as he took two wonderfully comfortable race wins with Janda taking runner-up spot in race 1 with Bertone 3rd but in the second race Bertone got the better of Janda handing him 2nd overall on the day.

In the first +66 race of the day there was a wonderful battle for the lead between Dutch rider Peter Van Den Nieuwenhof and French competitor Martineaud, after 10 remarkably close laps it was Nieuwenhof who eventually came out the victor with Martineaud 2nd and Brelet 3rd. Unfortunately, there was a red flag at the start of the second +66 race after an unfortunate crash, at the re-start it was Martineaud who grab the holeshot ahead of Nieuwenhof and again the crowd was rewarded with a tremendous battle between these two great competitors with Martineaud coming out the victor with Nieuwenhof in 2nd and Brelet once again 3rd.

In the +72 class Czech rider Miroslav Hanacek took race wins. In race 1 runner-up spot went to Swiss rider Werner Mohr with Kozak 3rd. In race 2 however it was Kozak who secured 2nd position just ahead of Swedish rider Rolf Bernhardsson.

The next round of the championship will take place at Rhenen (Netherlands) on Saturday 2nd July.

Photos by Ivana and Miroslav